The current Earth's atmosphere is 78% nitrogen N2, 21% oxygen O2, about 1% argon Ar and 0.03% CO2. Generally, oxygen is said to have been made by plants, especially by phytoplankton. Iron bacteria, cyanobacteria acted gigantically in the sea of Earth 3.5 billion years ago, and produced oxygen and iron ore floor. Iron ore floor made by cyanobacteria is called striped iron ore and is widely distributed throughout the world.

However, in the photosynthesis of plants, in the presence of sunlight, oxygen and starch are made from carbon dioxide and water. In the absence of sunlight, it absorbs oxygen and releases carbon dioxide. Also, the remains of plants consume oxygen when they break down. It is impossible for plants to increase atmospheric oxygen by photosynthesis. Even if it is cyanobacteria, if it occurs in large quantities, it will consume oxygen when its remains erode.

So what made the current oxygen? Nitrogen is also a few element in the solar system. The origin of nitrogen has not been elucidated yet.

By the way, in Earth's interior, I explained that olivine changes phase, making carbon dioxide and water. "Olivine inside Earth releases a large amount of electrons" On the other hand, about 100 muons are falling on the ground surface per 1 m ^ 2 per second from High Energy Cosmic Ray . Muon bounce electrons when it hits atmospheric carbon dioxide and reside between oxygen atoms and carbon atoms instead of electrons. Since muon has a size about 200 times larger than the diameter of the electron, oxygen nucleus and carbon nucleus fuse together. Muon fusion. There are 6 protons and neutrons for carbon and 8 for oxygen. When both are combined, 14 protons and 14 neutrons are obtained. Nitrogen has atomic number 7.

Nitrogen and oxygen are formed at a ratio of 2: 1. In this state, nitrogen 66%, oxygen 33%, but because oxygen has high reactivity, it may be that oxide is made and it decreases from the atmosphere. It should be soluble in seawater.

Also, 14 protons and 14 neutrons can produce oxygen and carbon isotopes. These two isotopes are used to estimate dating and temperature variation in archeology. If transmutation by muon is confirmed, it has to be reviewed. Because the evidence that the ice age occurred is fluctuating. The muon has high permeability, so it reaches the ground as well. Due to muon fusion, it is possible that heavy elements are made inside Earth.

Electrical Earth science predicts that carbon dioxide is transmutated to nitrogen and oxygen by muon fusion. For example, the seasonal change in carbon dioxide concentration is observed in detail, in the northern hemisphere the concentration is lowest in August and peaks in February of winter. It is explained that this change is caused by human consumption of fossil fuels. 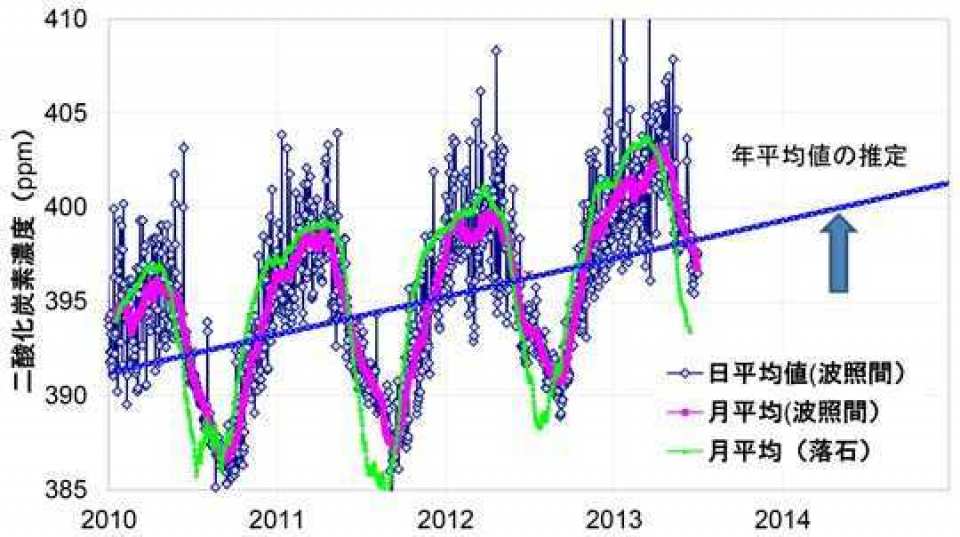 There was data that observed mu particles for 5 years. According to this, mu particle decreases the most in February and peaks in August. 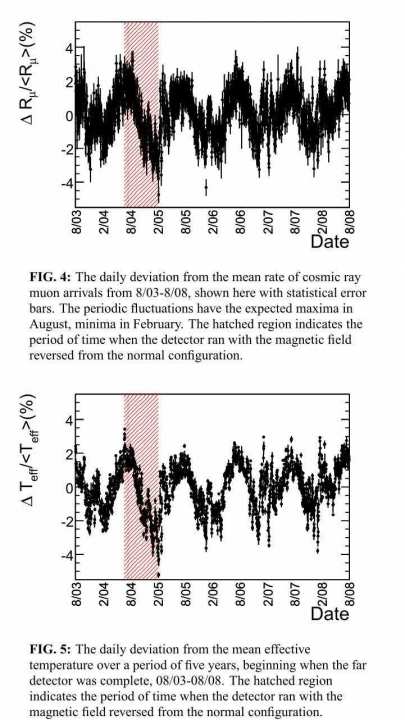 Earth approaches the sun most in January and leaves in July. There is about 5 million km difference. When approaching the sun, the influence of the solar magnetic field increases, so cosmic rays derived from the galaxy decrease. Muon  made by collision with the atmosphere are also reduced. Muon fusion also decreases.

CO2 not only burns fossil fuels, but also from oceans, forests and soils. It is the volcano that gives off the most amount of CO2. There is no sudden change in the degree that human beings burned oil somewhat. Muon nuclear fusion influenced the concentration of CO2.

do you know if the…

do you know if the structured atom model has any theories about how muons work? or where they are coming from naturally to support this idea above?

I do not know about details…

I do not know about details of SAM.

If enough electric charge produce fuge pion, I think it is possible to fossilize the body of an organism. I already have an idea about the mechanism of cold fusion. It is written in my blog. Please read it if you are interested.

The unknown truth is muons…

The unknown truth is muons are clumps of electrons. If you bombard fluid electron rich materials like copper or silver with electrons then muons are created. Not sure how they are created in the atmosphere.

What you point out is…

What you point out is probably this patent.

The even more exciting fact…

The even more exciting fact is that muon catalyzed fusion creates Gold from Iron 3 Oxide. The muons reside in oxygen vacancies causing an implosion of 3 iron atoms into 1 gold atom. The plasmonic hydrogen sulfide is what creates the muons when it rushes past hematite deposits in volcanic or earthquake faults. You can make this plasma by using a kipp generator and ignite the hydrogen sulfide with a torch (flashback arrestor needed).

As for this article, this carbon oxygen fusion must happen in the ionosphare which is a plasma.

The atmosphere is ionized…

The atmosphere is ionized plasma.

The fusion of heavy metals such as gold may have taken place when the Earth was still inside Saturn.

Well the ionosphere is…

Well the ionosphere is ionized plasma, below that it isn't ionized enough to be considered one. And H2S plasma happens to this day and gold continues to form. I am going to make an h2s plasma soon and will aim it at hematite and create my own gold.

You can make a CO2 plasma and it should make Nitrogen slowly over time.

You should be able to ionize…

You should be able to ionize a vacuum tube of Co2 and create your own nitrogen slowly over time using a neon sign power supply.

I tend to think that CO2 is…

I tend to think that CO2 is broken down in the D layer of the ionosphere since no CO2 is found above 90km. Perhaps the NO plasma of the D layer causes the fusion of the C and O, actually perhaps CO2 is ionized to CO and THAT is what allows it to easily be fused by muons (and I believe the Muons are actually created in plasma without any "cosmic rays"). Let me know what you think.