When Chadwick famously discovered the neutron,

It caused a debate that was finally more or less settled at the 7th Solvay conference in Brussels, Belgium in 1933 in favor of the neutron determined to be a fundamental particle.
The only alternative to neutrons was the existence of "nuclear electrons" which would counteract some of the proton charges in the nucleus, since by then it was known that nuclei had about twice the mass that could be accounted for if they were simply assembled from hydrogen nuclei (protons). But how these nuclear electrons could be trapped in the nucleus, was a mystery.
This is when and where it was decided....... that the neutron is not a combination of a proton and a electron but rather a fundamental particle without an electrostatic charge, meaning it is neutral, hence the name Neutron.

A group of scientists 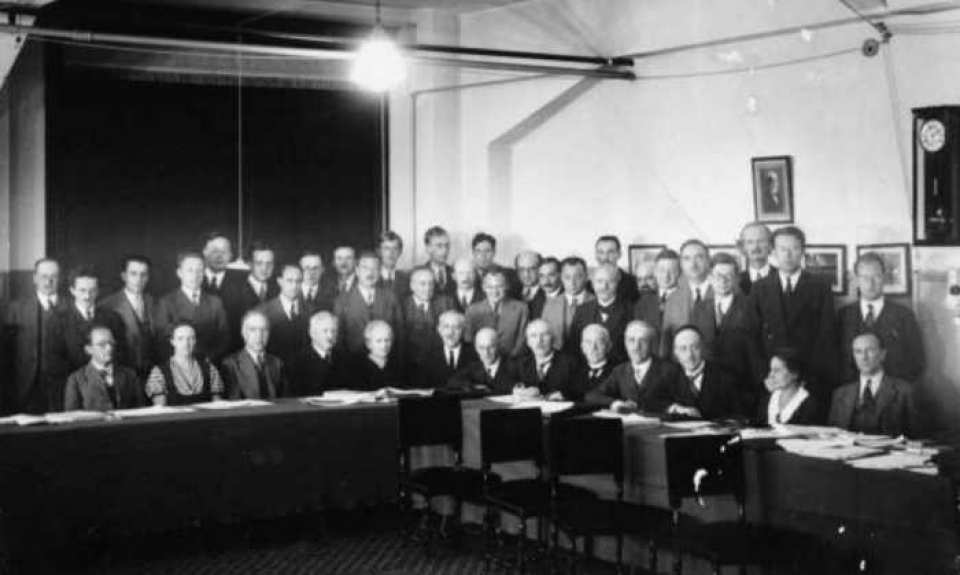 dealing with the structure of the nucleus has been the 15th Solvay conference, Symmetry Properties of Nuclei.

The shape we see here has the dots as alpha particles and there are 5 of them grouped into a tetrahedral bi-pyramid structure representing Neon.

Various models are debated based upon this notion.

From the introduction of the proceedings:

"..... The nucleus 8Be is not quite stable and decays into two alpha particles with a Q-value of 94 KeV. The neighboring nucleus 9Be is stable in its ground state; but its energy of dissociation into alpha + alpha + n is only 1.5 MeV. These experimental facts suggest that 8Be might consist of two alpha particles interacting by a force which is just too weak to bind them; and that 9Be consists of two alpha particles bound together by an extra neutron.

Certain excited stated of 16O have large reduced widths for decaying into 12C + alpha. These states might consist of an alpha particle bound to a 12C-nucleus by some mutual interaction. in 12C the twelve nucleons might be grouped together into three alpha clusters, and the nucleus 6Li could consist of a deuteron bound to an alpha particle. these are examples of some cluster structures which could exist in light nuclei." 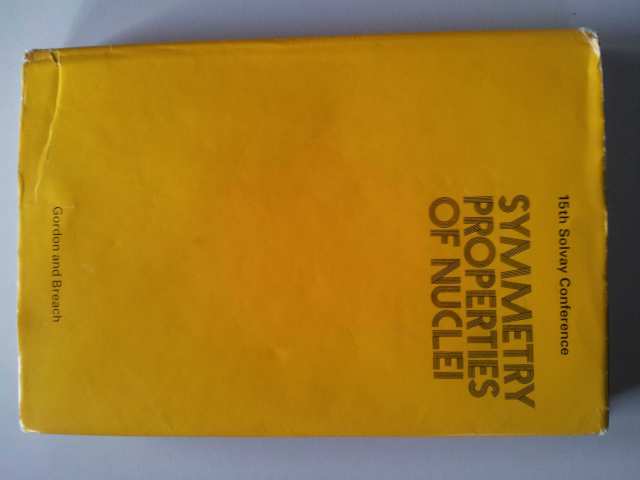 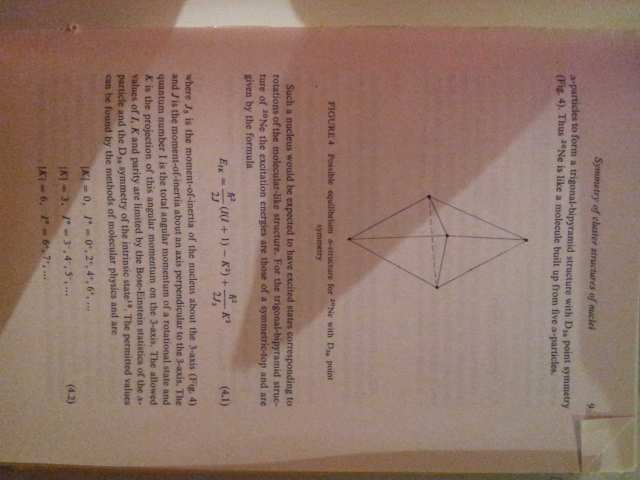 I am Sabila Parveen doing Ph.D in Physics